This functionality makes it possible to limit permissions for agents so they can only create drafts of replies and send them for supervisor’s acceptance before publishing. It’s helpful especially when a company has new employees and wouldn’t want them to publish replies on behalf of the official company account yet.

New members of your team should get limited permission to publish replies ("Drafts" only). 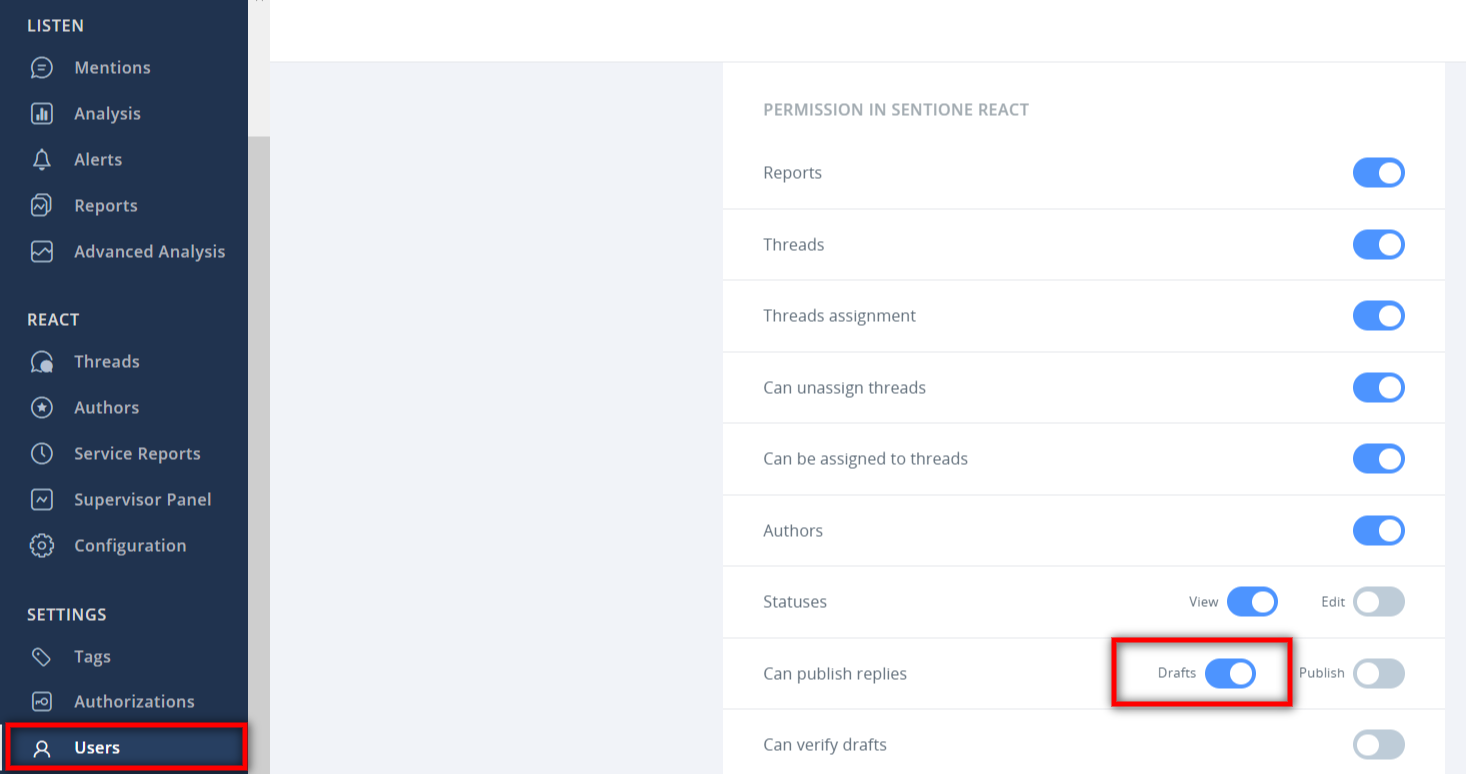 The supervisor of this team should have permission named “Can verify drafts”.

How does Approval workflow works?

Agent with limited permission can create the draft of response but cannot publish it. 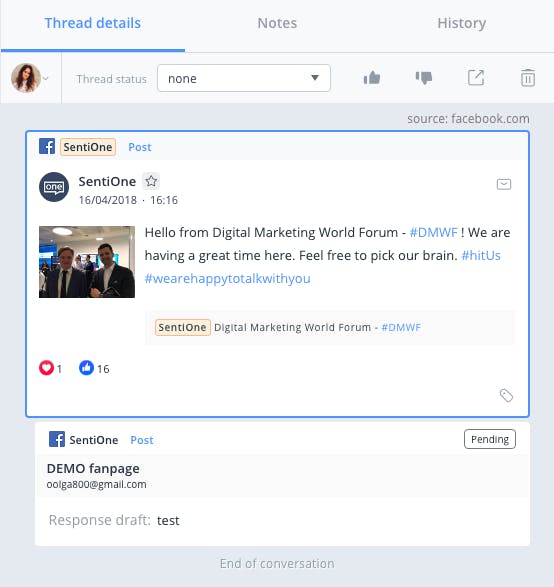 After they create a draft, it’s sent to the supervisor who has permission to review it in the separate tab. 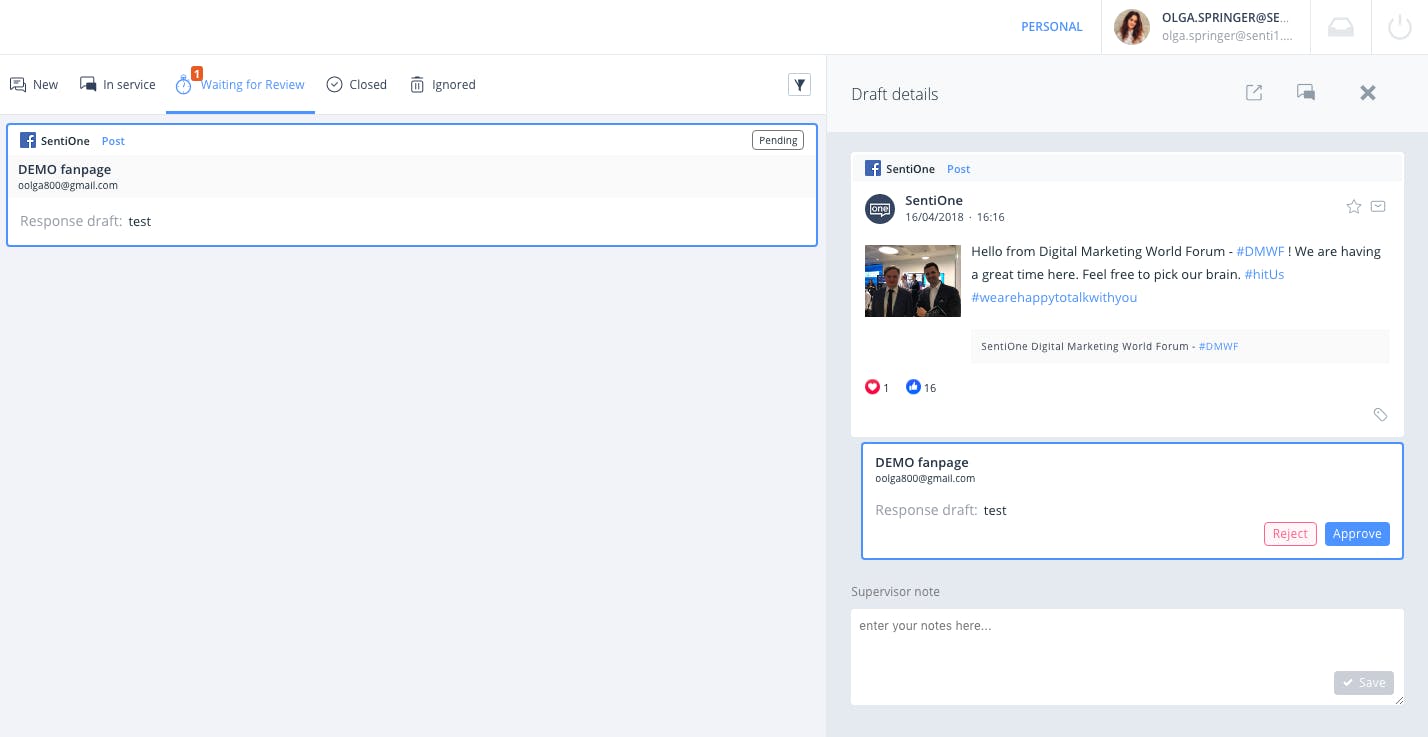 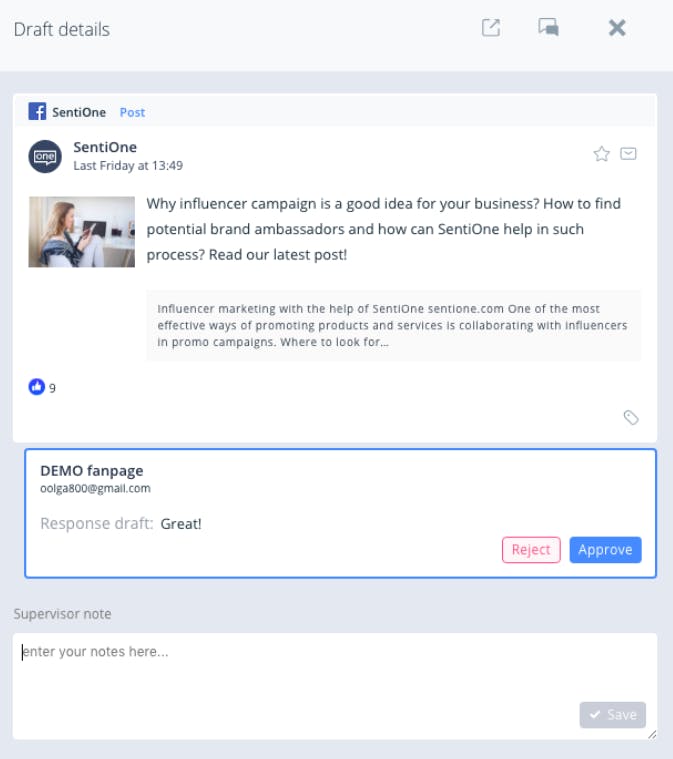 Everytime a new draft appears, the supervisor gets a notification (note: supervisor has to be added to the same team as the agent who is sending a draft for acceptance).

Supervisor can reject a draft and add a note of what needs to be changed or can approve it if everything is correct. When a draft is accepted, it is automatically published (agent who is the author of the draft gets notified that the draft has been approved so he can close the thread).